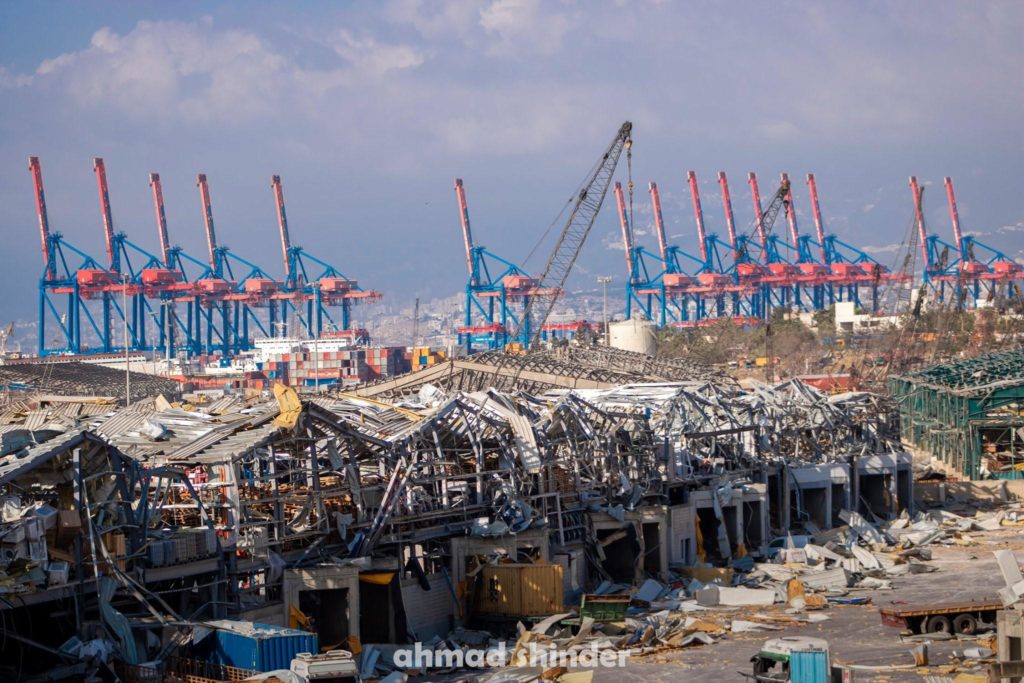 On 5th of August 2020, the Lebanese capital and port city, Beirut, was rocked by a massive explosion that has killed hundreds and injured thousands more, ravaging the heart of the city’s nearby downtown business district and neighbouring housing areas, where more than 750,000 people live. The waterfront neighbourhood and a number of dense residential neighbourhoods in the city’s eastern part were essentially flattened. Lebanese Government officials believe that the blast was caused by around 2,700 tonnes of ammonium nitrate stored near the city’s cargo port without proper control for six years.

Such a scenario—keeping highly dangerous goods near dense, lived-in areas—is not unique. Ammonium nitrate is used in fertilizers, but is also effective in mining explosives, where it’s mixed with oil and other fuels. Produced as small porous pellets, or “prills”, it’s one of the world’s most widely used agricultural fertilizers. Ammonium nitrate decomposition can be set off if an explosion occurs where it is stored, or if there is an intense fire nearby. More recently, in 2015, hundreds of tons of ammonium nitrate, among other chemicals, exploded at one of China’s busiest seaports, Tianjin, where more than 150 people were killed. It seems that no lessons have been learned.

The disaster devastating Beirut’s port and city shows the latent danger of safe storage of potentially dangerous goods in modern ports, particularly ones located close to the heart of the city. The huge blast tore through major grain silos, stoking fears of shortages in a nation that imports nearly all its food and is already reeling from economic crisis. As the WFP (World Food Programme) said in a statement: the blast will “exacerbate the grim economic and food-security situation.” The Beirut blast also reminds us of the importance of ports in the contemporary globalized world. It calls our attention to safety and security, of governance and collaboration between port and city or region and of accessibility to the hinterland. What do local governments and port cities need to do to enhance the safety and security issues in port terminals?

Or, to put it differently, how do we reconcile this challenge between the ports we need to feed us, serve us, provide us with medicines, equipment, etc. and the ports that threatens us?

Ports and its host city cannot be dissociated. The port has played a key role in Beirut’s history and stands as the center of the city. Its history at the intersection of three continents: Europe, Asia and Africa stretches back as far as 15th century BC forming the midpoint. The origin of the city of Beirut can be traced back to the function of this peninsula as a natural protective port (Kassir, 2006: 49). After the destructive Lebanese civil war, Beirut underwent major reconstruction, and the redesigned historic city center, marina, pubs and nightlife districts have once again made it a trade hub and tourist attraction. The port of Beirut borders the most expensive and controversial real estate in town: the Beirut Central district. With port facilities so close to downtown, this massive blast is the sobering reminder of the devastation a major incident could cause. Proximity to the port is a danger because of the storage of potentially dangerous goods which need to be administrated properly and safely.

The disconnect between the coordination and controlling of dangerous goods storage on the landside and abandonment of ship and cargo on the seaside, seem to be at the root cause to the tragedy in Beirut. It raises at least two concerns: on the seaside it recalls the attention to the tremendous consequences of ship and seafarers’ abandonments. The chemical compound had been the cargo on a ship, the MV Rhosus that sailed under Moldovan flag entered the port at Beirut in 2013  and was prohibited from sailing following an inspection under the Port State Control regime. The cargo remained in a storage facility in Beirut’s port for six years. Hazardous materials and abandoned ships are found in ports regularly. The IMO (the International Maritime Organization) has recognised abandonments as a serious issue.  On 31 December 2018, there were 366 abandonment incidents listed in the database since it was established in 2004, affecting 4,866 seafarers. There have been ample cases that have led to vulnerable position of crews vis-à-vis unscrupulous employers, safety of lives at sea and on land, and environmental calamities. The Beirut Blast is an extraordinary event because of the impact, but what makes it worse it that this calamity was foreseen and could have been prevented. This raise concerns over the interplay between shipping industry driven by short term profits on the one hand and society – particularly port-cities on the landside – having to incur the consequences when things seriously go wrong.

Another crucial issue on the seaside is the use of so-called flags of convenience (FOCs) as a business practice in shipping. Ship registration under a foreign flag is common practice in the shipping industry where flag states give incentives to shipping companies to use a country’s national legislation relating to tax exemptions, maritime labour, and control for the condition of ships and its equipment in accordance to international regulations.  In reality foreign shipowners can register their ships in so-called ‘open registers’ or ‘flags of convenience’ and take benefit from less stringent regulations towards the technical condition of the ship, cheap registration fees, low or zero taxes and no restrictions on crew nationality (often used to minimize crew costs). Laleh Khalili argued that “these flags of convenience – similar to other tax evasion instruments – have been a tool to foster international trade, however are showing the dark side of international trade and should now become under scrutiny, witnessing the tragic and reoccurring events as a result of the high tolerance levels of governments towards these malpractices in shipping.” With so many casualties among citizens, the Beirut Blast painfully shows the impact at an unprecedented societal scale.

On the land side, it raises concerns over the lack of cooperative governance in providing the port security and the apparent institutional voids that can occur in between stakeholders such as port authorities, customs authorities, ministries, shipowners, charterers and city governments. Beirut indicates — once again the paramount importance for safety in international supply chains and what can happen when the chain of control breaks. Under normal circumstances supply chains are abstract concepts. Such a disaster gets a spatial dimension in port-cities, and shows the interplay of spatial, social, economic and cultural dimensions. Once things go wrong, port cities can become very dangerous places. The environmental impact and safety risk extend far beyond the lines of jurisdiction of the port authority. The proximity of a port – and the potentially dangerous goods it hosts – to a city requires oversight, coordination, transparency and community dialogue. Integrated safety procedures need to be adhered to for the traffic, handling and storage of hazardous materials including fuel, phosphates, petrochemicals and anhydrous ammonia used in fertilizers. The control of such dangerous goods – and what needs to be done when left abandoned – is not the sole responsibility of port authorities. Risk assessments on hazardous cargo and consequential dangerous situations ought to be done as a coordinated effort by multiple actors involved, and requires an open culture with transparent information provision to citizens and other stakeholders on land. Such risk assessments also include risks for seafarers who are vulnerable for being imprisoned, kept hostage or for being criminalized.

The Beirut blast is unprecedented and urges us to learn from the event in all its complexity. This learning journey requires ports and cities to take the lead and face challenges collectively. Part of preventing disasters such as what has happened in Beirut may mean building better institutions, enhance port operations and management practices and scrutinise safety and security procedures across supply chain. This includes dangerous goods handling, illicit trade and smuggling activities, corruption or cyber-attacks, while keeping the port accessible for the public. What is also needed is a better understanding of the long-term engagement with local institutions and citizens through education, spatial integration, social investment, cultural engagement thereby addressing questions about how collaborative governance can contribute to a safe and livable port-city, especially.

Acknowledgement
This blog has been written in the context of discussions in the LDE PortCItyFutures research community. It reflects the evolving thoughts of the author and expresses the discussions between researchers on the socio-economic, spatial and cultural questions surrounding port city relationships. Special thanks for comments and reviews to Carola Hein and Nadia Alaily-Mattar. The authors would like to thank Ahmad Shinder-the Lebanese Architect and photographer- for his generosity in sharing the photos from Beirut heartbreaking blast.

This article is republished  with permission of one of the authors Maurice Jansen from https://www.portcityfutures.nl/news/beirut-blast-a-port-city-in-crisis