The wait is over for carbon pricing in shipping 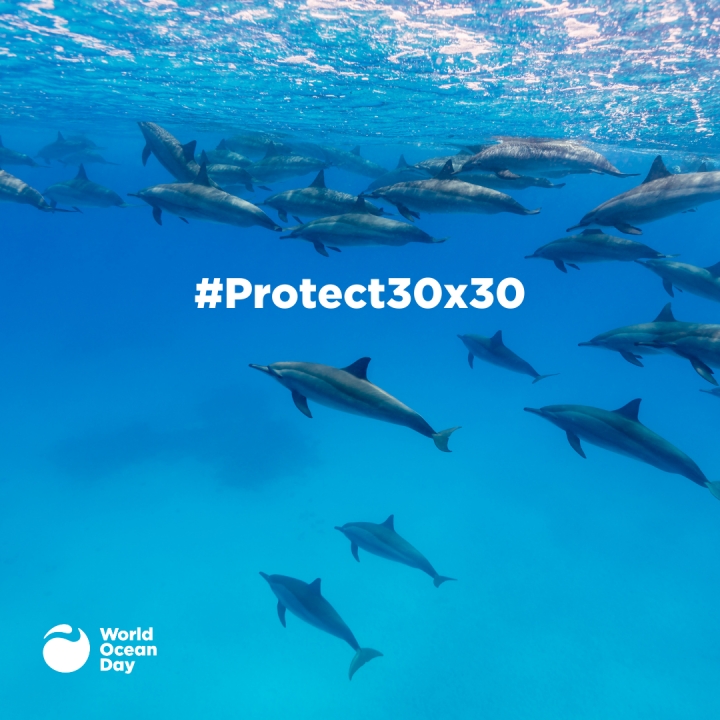 On World Oceans Day (8th of June) people around the world celebrate and take action for our shared ocean, world’s largest source of life. This year it also marks the start of the 30×30 campaign: protecting 30% of the ocean by 2030, which is what scientists believe we need to prevent mass extinction. Besides over fishery, carbon emissions are at the heart of the problem. Our world oceans provide humanity an ecosystem service by absorbing almost 25% of carbon that we emit per year into the air. The atmosphere and our world’s oceans function as a biological carbon pump in which CO2 in the air is stored and dissolved over time in our world’s oceans. It shows the interdependence between the air we breathe and the water we need. Although the oceans store a tremendous amount of our carbons, scientists believe our oceans can’t keep up with the rapidly increasing carbon dioxide in the air. The short and long term effects are yet unknown. What we do know is that the oceans have become more acidic which (a.o.) severely endangers biodiversity in the short term, and may become saturated in the longer term. Being one of the most direct beneficiaries of the ecosystems services of our oceans, what can the shipping industry contribute to our oceans conservation?

Shipping is a vital industry for our globalized society, being the most energy-efficient transport mode to carry goods in terms of energy use per ton transported (in tonkm). Yet shipping is notorious for its pollutive practices. The shipping industry carries 90% of global world trade, while it accounts for 2.89% of carbon dioxide (CO2) emissions coming from all human activities on Earth. This is equal to 1,056 million tonnes of CO2 for 2018, an increase of 9.3% compared to 2012. To put things in perspective: to capture 1 ton of emitted CO2, it requires an average of 50 trees to grow*) for a whole year, or a forest of 21.1 million trees to compensate for shipping’s annual emissions.

Shipping is often criticized for the slow progress it makes to develop and entry into force new global conventions that regulate the industry for pollution of our oceans and air emissions. Up until today, the shipping industry has chosen to set its own pathway under the International Maritime Organization (IMO). In 2015 174 countries and the European Union signed for the Paris Agreement, but shipping and aviation industries were kept out of the wind, leaving it up to national governments to set more stringent measures. Technically speaking this places the decision to act in the arena of the IMO, as the agency of the United Nations and global regulatory body for maritime affairs. The issue of reducing greenhouse gas emissions was already addressed to the IMO following the provisions in the Kyoto Protocol of 1997. It was only in 2018 the IMO adopted an initial strategy ‘on the reduction of GHG emissions from ships to reduce CO2 emissions per transport work, as an average across international shipping, by at least 40% by 2030, pursuing efforts towards 70% by 2050, compared to 2008’. For environmentalists such as Transport & Environment and WWF, the strategy is not ambitious enough and does not prevent our planet from heating up. In recent years, especially from the European Union there has been severe pressure on the IMO to act more responsibly. The pressure is on since the European Green Deal which is one of world’s most action-oriented policy initiatives on climate neutrality and foresees in including the shipping industry under the Emission Trading System of the European Union.

For the shipping industry, this year’s World Oceans Day is the call for action. Against the backdrop of the recent developments by policy and law makers carbon pricing is high on the political agenda: the recent court order for Royal Dutch Shell to cut its carbon emissions by 45% by 2030 is considered a turning point in history. Moreover, shipowners and operators around the world are now awaiting the European Commission’s revision of the ETS directive, which rules the trading of greenhouse gas emissions in the European Union under an emission trading scheme. With the European Green Deal announced in 2019, it provides a clear action plan for the European Union to be climate neutral in 2050. It is a matter of days until the European Commission will propose for a new ETS directive, which will apply for the period 2021-2030. There is no question whether we will soon have a carbon price on shipping emissions, the question is what pricing mechanism will come into place?

Let’s listen to what the captains of industry have to say about it. The International Chamber of Shipping changed its tack last April, and called upon world leaders to bring forward discussions on global market-based measures in shipping. Trafigura – one of world’s largest charterers – warned that the shipping will become ‘uninvestable if the maritime sector does not tackle its environmental impact quickly’. The European shipowners call for a fund coupled with targets for fuel suppliers to decarbonize shipping. They realize that cleaning up their business activities is inevitable. They prefer this to be done via the IMO to maintain a level playing field between European shipowners and non-European shipowners, Maersk has called for IMO member states to agree on a global carbon price by 2025, while referring to the European Green Deal as pacemaker for the progress on the implementation. MSC has suggested its clients to jointly start the process of climate neutrality for the industry by offsetting carbon emissions. It is offering its clients the possibility to contribute to projects that mitigate global CO2 emissions, while at the same time strengthen local communities.

What is happening next? First milestone is the virtual meeting of the 76th Marine Environmental Protection Committee (MEPC) at the IMO from 10-17 June 2021. Key topics on the agenda include climate action, including the adoption of market-based measures. One month later on July 14, European Commission is expected to announce its legislative proposal whether and how shipping will be included in its Emissions Trading System, which effectively will mean that carbon emissions from transport work will be charged a market-based price.

Over the years, IMO’s Marine Environmental Protection Committee have adopted several amendments that support shipowners to reach higher energy efficiency of their fleet of ships, while also reducing GHG emissions from these ships. Two serious proposals are on the table for this year’s MEPC: one proposal concerns a US$ 100 per tonne emissions levy put forward by the Marshall Islands and Solomon Islands. The other is the IMO Maritime Research Fund which comes down to a US$ 2 per tonne of bunker fuel. Upon collection of the fuel levies, collaborative programmes can be set up for applied research and development of zero-carbon maritime technologies. Despite the differences in pricing mechanisms, these initiatives have at least two things in common: 1) setting a global market based measure, rather than a regional (read: European), 2) maintaining the IMO as shipping’s regulatory body for environmental pollution, 3) maintain control over the CO2 reduction targets, now and in the future, and 4) collect funds to create an innovation reservoir for the industry’s, rather than to pay taxes or a price that cannot be refunded.

The pressure is on the shoulders of the IMO now. A proven concept to avoid, evade or postpone more stringent measures will place the decision for carbon or fuel levy, or even a cap-and-trade system out of the IMO and into the hands of European rule makers. That’s not going to happen. In the spirit of World Ocean Day, the long wait for global carbon pricing for shipping is over. We’re celebrating one Ocean, one Climate, one Future. The call to action is upon all of us.

*) A tree absorbs between 10 and 50kg of CO2 per year on average, depending on various factors. The absorption capacity depends on its weight, composition (percentage of dry mass, carbon and water) and age. The younger the tree, the less carbon can be absorped per kilogram of wood.

This article is republished  with permission of  the author Maurice Jansen from https://www.linkedin.com/pulse/wait-over-carbon-pricing-shipping-maurice-jansen/
More about author can be read here!
Tagged 2021, Carbon pricing, shipping