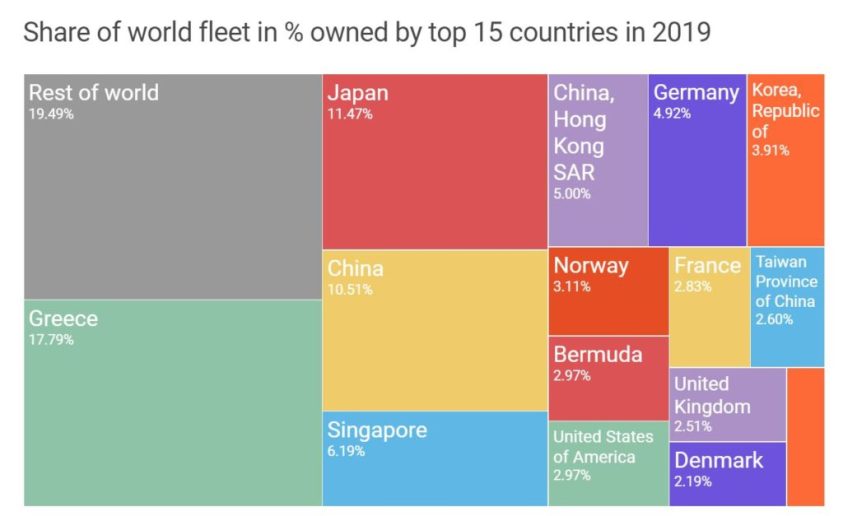 Comparing data from 2019 with data from 2014 regarding world merchant fleet –  top 3 shipowning countries have remained the same: Greece, Japan and China.  In total the world  merchant fleet accounted for 1, 962, 582  ( DWT ‘000) and 51,684  in terms of number of ships over 1000 GT.  All data are taken from  UnctadStatistics and visualised by using Infogram.

Surprisingly Belgium which ranked only 26th in 2014 already ranked 15th in 2019 leaving out Turkey.

This infographic visualizes data regarding top 15 shipowning countries regarding growth of controlled DWT, changes in share of world fleet, increase of number of owned ships and changes in average size of vessel. Data comes from UNCTAD statistics http://stats.unctad.org/fleetownership   and are visualized by use of Infogram.